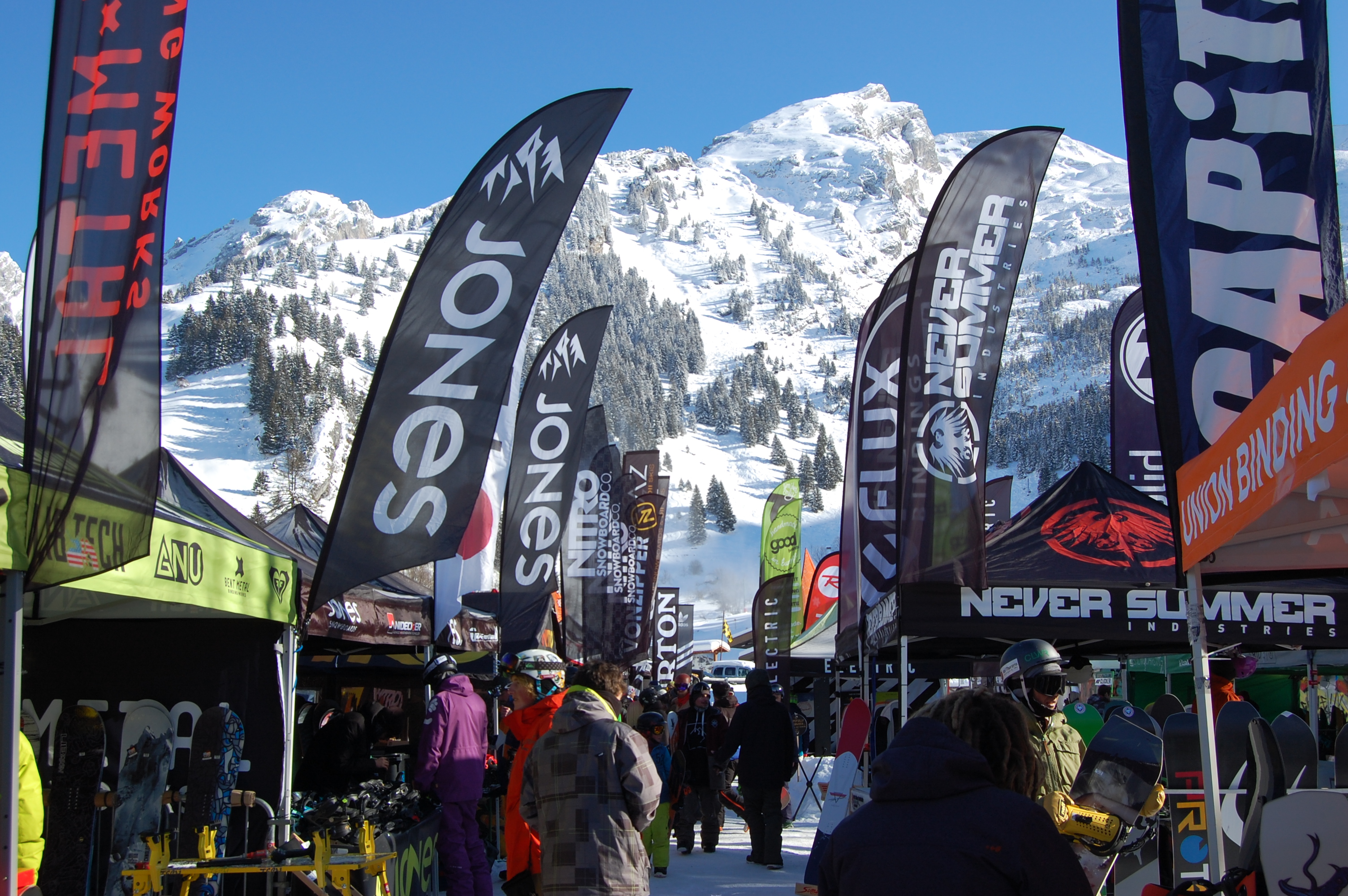 The white stuff fell generously a few days before this 16th edition of the snow tests organised by SPORTAIR, putting a smile on the faces of board, shoe and accessory testers and brands. A total of 298 stores were welcomed over these 3 days – a flow of 760 people. Sunday at La Clusaz saw a big British presence, with Balme as a focal spot, while a majority of French resort stores attended on the Tuesday. 3,300 tests were recorded in real time thanks to the new application launched by the organiser SPORTAIR.

9 new brands joined the SAP snowboarding community to test their new models and latest innovations. Freerider, freestyler, splitboarder and carver testers were able to discover the new shapes and share their impressions directly with the brands. The main trends of the moment were summed up in the words versatility, lightness, backcountry gear and new packs. “Real working tools”, time-savers, public relations, loyalty, prospecting and conviviality characterised this 16th ‘summit meeting’! 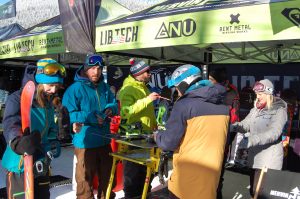 “We’re lucky: our customers have remained motivated despite a difficult start to the season and despite the intense cold », emphasised UNION BINDING, ROME SDS and JONES. NITRO praised the quality of the French, Swiss, Belgian and English testers and BURTON remarked upon the high levels of attendance from city stores. DAKINE appreciated the new form of the outside village, with improved visitor circulation thanks to its central island. NEVER SUMMER: “Our boards are like toys for testers and ski enthusiasts!”
RIDE 4 LIVE (Vaujany store, Isère): “4 of us attended on the Monday. We started by testing the boards supplied by the brands we know and then divided up to try out new brands, following our instincts! We’ll do the same at the SKI TEST TOUR in Serre-Chevalier. We also enjoyed some good food, which is important.”
Ollie PLUMLEY from LOBSTER was at SAP for the first time, experiencing successful first runs and prospecting. The development of cross country skiing was a big boon for CAPITA and its splitboard offering: ranging from €350 to €1400 including bindings. ROSSIGNOL‘s SUSHI board proved particularly attractive given the number of tests recorded for this model alone, which comes in a normal and split version. 3 years of R&D are behind this model, doubling its reinforcements and revisiting its dimensions for better glide. AMPLID, who have attended this event for the last 10 years, produced an educational demonstration for their customers, showcasing their ANTI-PHASE innovation, which cancels out all vibrations. SALOMON presented 3 different shapes and 3 programmes, registering an average of 80 tests per day. FLOW‘s ENIGMA model, designed for powder, was universally accessible, offered alongside its large-guage STOUT model (28.1cm width).
SMITH‘s top of the range Koroyd QUANTUM helmet offers a wide range of functions for guaranteed safety and comfort (shock absorption, ventilation, rotation, quick fastening, etc.). Its goggles (SQUAD XL, available for €130), along with models presented by VON ZIPPER, offer improved vision and increased contrast thanks to a single lens that adapts to all light conditions.

ADIDAS has entered the market in emphatic style with its boots sporting a sole designed in collaboration with CONTINENTAL: 3 quality levels were tested (bronze, silver and gold), all equipped with speed lacing and the BOA fastening system.
VOLCOM‘s CAMPOS INSULATED JACKET is its star product in this category, combining all its thermal comfort and flexibility innovations. The SLACK JACKET designed by Brian IGUCHI for the brand has its own special features, giving boarders an alternative to wearing a backpack.

A 500m2 tent accommodated a WALL EXPO for all the SAP participants, with all the new boards, bindings and boots presented on an exhibition wall: an ideal tool for choosing which equipment to test. 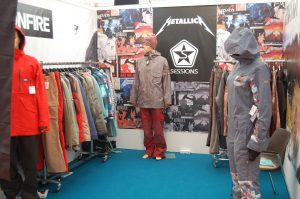 There was also a permanent bar, allowing the participants to warm up while they continued their technical discussions over coffee, tea or a beer at aperitif time.
Exhibitors and visitors alike praised the organisation of this event, where rigorous logistical support is essential. SPORTAIR’s new application provided exhibitors with a way of tracking the equipment tested, allowing them to follow the development of their test offering (one board can have 6 to 7 outings in a day, allowing for the time required for adjustment between testers). Visitors were able to use it to note down the characteristics of the boards at their feet in real time.